As a business, you have so much to gain when considering the power and difference that corporations can make in the world. Equally, however, is how much a business has to lose in the eyes of failure. There is an unsurmountable number of threats that a business faces on a day to day basis, but perhaps the greatest threats that enterprises across a variety of industries face are security breaches. The ESG (Enterprise Security Group) found that nearly 50% of companies experienced data breaches between 2013 and 2015 and 75% of those businesses were breached more than ones. While this sheer number of data breaches alone is threatening to a business, what’s even more worrisome is the fact that the largest and most damaging attacks came from a single point of entry: PoS systems, third-party vendors, and unencrypted data, to name a few.

So what are you as a company supposed to do with knowledge of these attacks from tiny loopholes? IT Companies in Pittsburgh urge you to armor-up for the threat of attack. With so much on the line for your business, be sure to include these 5 small security tactics in your enterprise data security plan.

Your First Line of Defense Against Attacks

Imagine having to surpass a wall of flames to enter the kitchen of your home. Due to the fact that the fire would burn your skin, you can imagine this wall of fire would make for a pretty solid diet strategy.

Much like a literal partition made of flames, firewalls are the first line of defense from keeping unwanted files from entering your network. Sorting through the types of files that are supposed to enter and those that are suspicious, firewalls block the flow of data that could compromise your system. While a basic network security options, IT companies in Pittsburgh urge you to not disregard the value that even basic protocols bring to the table.

Additionally, many businesses are opting now for both external and internal firewalls. This secondary firewall allows for enhanced protection from files that can compromise your assets.

Secure routers, in essence, allow you to police the flow of traffic into your network while providing additional security features. Because of this, many routers now include stronger security capabilities than a firewall thanks to a variety of features:

These functions all work together to protect your network fro a wide array of harmful cybersecurity threats to your company. AN IPS, specifically, functions much like a firewall but has higher criteria files must match to allow data flow. The IDS portion of a secure router acts as a traffic monitoring system that identifies potential breaches across different locations in the network. These two factors, when combined with other network security best practices can keep your information safe from hacking.

A WPA2, or Wifi protected access 2, is commonly recommended for use by IT companies in Pittsburgh because of its stronger wireless encryption than traditional wifi. This added level of network security includes different encryption types, including TKIP and AES. TKIP is largely disregarded for its efficacy on its own, but AES involves a high-level encryption system that is used even by the United States government.

These high levels of encryption mean it’s important to turn on the WPA2 feature of your network to avoid security breaches. The WPA2 prevents people from breaching your network, slowing it down, or gaining access to the private/confidential information of your business and clients that you have a responsibility to protect.

Why IT Companies in Pittsburgh Say Secure Email is So Important

We’ve all heard of the dangers phishing. These email-based security attacks that take valuable information like passwords and financial data are becoming increasingly effective and dangerous as more than 30% of these emails are opened. Opening these emails means you leave your network susceptible to malware, viruses, and worms that are intended to disrupt your system and retrieve sensitive information. These can be hard to sort through because nearly 86% of the emails sent are spam emails, which is why it’s extremely important to have a secure email server that is capable of spotting threating emails.

Attacks on web applications are becoming increasingly complex and frequent with nearly 51% of the victims of web application attacks being financial applications. This makes that simple URL filtering isn’t cutting it anymore, and your web security protocols should be sure to include the following:

Think it’s time to take a second look at your enterprise network security? Get in touch with a leader among IT companies in Pittsburgh at Savvior to learn how we can ramp up your security.

Categories
Authors
Are you looking for Sharepoint Consulting, Search Engine Optimization, Content Management Solutions, or professional software solutions? Give us a call or shoot us an email to get started. We are a top rated USA based professional software development company located in Pittsburgh PA 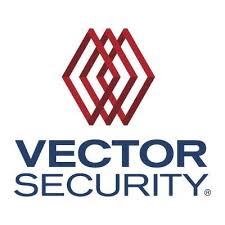